Being a People of Influence

Ezekiel 14.14 declares even if these three men—Noah, Daniel and Job—were in it, they could save only 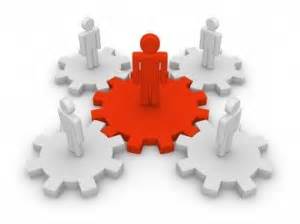 themselves by their righteousness, declares the Sovereign Lord.

The end is near God told Ezekiel. He was about to destroy Jerusalem through the army of the Babylonians because His people had for so long refused to obey His commands. God’s disgust was so high that He declared even if three great saints were present and alive in that city, only they would be spared but not the city itself.

Sometimes God spares whole communities based upon the righteous deeds of one. Sometimes He doesn’t.

What made these three men so special in the eyes of God? Should we choose to live as they did perhaps we too could be esteemed by God as they were and then possibly save our country or at minimum, ourselves, from the judgment to come.

Noah was righteous because he spoke out against the evils of his culture and pleaded for their return to the ways of God. Certainly there is much occurring in our world that is directly defiant of God and His ways. Who is communicating clearly, passionately and lovingly that God’s ways are being ignored and to continue such behavior is to ensure our own demise?

Daniel was righteous because he remained faithful to God while humbling serving a pagan ruler. Daniel mixed marketplace excellence with religious purity like few men have before or since. Daniel never compromised being God’s servant while also serving men. God loves it when we are good and when we do good, all for His honor before others.

Job was righteous because he led his family toward worshiping God even when his circumstances were terrible. Job was identified by God as a righteous man. The only activity he had done at this time was teach his family to worship God. When life kicked him in the teeth he remained faithful to God though his own wife encouraged otherwise.

These three men represent three areas of influence we can and should have for God in our world.

We need to influence our culture to return to the ways of God otherwise our country will eventually collapse under the weight of its moral failure. We need to honor God in the marketplace through excellent work combined with moral integrity. We need to raise godly children no matter our circumstances owning the responsibility to teach our children the way they should go and not leave this work to someone else.

If we do these things, no matter what happens, God will count us among His people and will welcome us warmly into His eternal kingdom.