Does Our Election Reflect God’s Choice For America?

Romans 13.1 instructs, Let everyone be subject to the governing authorities, for 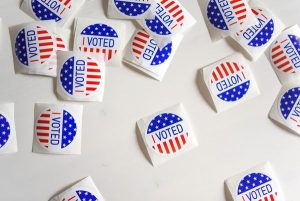 there is no authority except that which God has established. The authorities that exist have been established by God.

I have seen some of my friends share this verse on their social media platforms trying to encourage people to get over their dismay and or angst over this past election. For those who feel they lost, this is a harsh word, unkind and not at all comforting. I am sure Christians in Cambodia would have felt the same when Pol Pot rose to power, the Russian Christians under Joseph Stalin, the German Christians under Adolf Hitler and current Christians in China, North Korea, parts of Africa or the Middle East.

The verse feels like it says, accept your government and move on with your life. Not too hard to do in the current United States at one level. It seems like God is saying, I put My man here now accept him. What if we are not reading it right? What if we are misinterpreting what God is saying?

Chapter 13 follows chapter 12 in the Bible. Paul didn’t write in chapter and verse. Paul wrote a letter. The conclusion of our chapter 12 instructs Christians on how to live among the pagan, especially those who are making their life difficult for them. Christians were being fed to lions in Paul’s day, he himself escaped such a fate once in Ephesus. The lions were being fed Christians by those in government. This was the government Paul told the Christians to be subject under.  In America our government expects us to vote as good citizens of this country.

We have a choice on whom we elect which assumes a process that will involve dialogue and discussion, perhaps even argument, over what is good. With the command to pray for our leaders, we then work to see the people placed in government whom we most believe align with God’s will revealed in His word. Or at least we should. Like obedience to the Great Commission, we are to work hard and leave the results to God. So then, accept the leaders elected as God’s appointed?

Maybe. Maybe the prophet Hosea can shed some light on this issue. Hosea 8.2-4 describes, Israel cries out to Me, ‘Our God, we acknowledge You!’ But Israel has rejected what is good; an enemy will pursue him. They set up kings without My consent; they choose princes without My approval. With their silver and gold they make idols for themselves to their own destruction.

What if, we as the church of Jesus Christ in America, have spent the past 50 years mostly ignoring God? I know we go to church, but do we read the Bible regularly, study it diligently and seek to apply its commands prayerfully? Have we been faithful to obey the Great Commission, each of us able to identify people we have personally led to faith in Jesus these past years and those we are currently discipling into obedience to everything Jesus commanded us?

What if our leaders are not those meeting God’s consent or approval but allowed by Him to rebuke us for our pursuit of vain idols that are leading us to our own destruction? Is America more godly today than 50 years ago, 100 years ago, if not, why not? As the church grows in numbers and godliness shouldn’t that be reflected more in the culture or does the culture reflect more our apathy, our poverty of effort at working tirelessly, sacrificially, as laborers in His field ripe for harvest?

Certainly, we should obey Jesus through His servant Paul’s writings that we remain subject to those in authority. We don’t murder our police, we don’t destroy our neighbor’s property, we instead, love, serve and give toward bringing all men into the kingdom of God. But maybe we should stop blaming God for our leaders and instead own the responsibility to win and disciple every man until every man is obedient to Christ and when we see otherwise, ask ourselves, how am I solving this problem instead of washing my hands of it?

2 Replies to “Does Our Election Reflect God’s Choice For America?”