Faith and Belief are NOT Synonymous 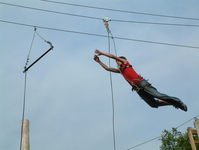 Belief and faith are not synonymous. Regrettably these words have been used interchangeably within the Church to the detriment of the Church.

Belief is a thought that may or may not bring us to action. Sort of like most of us believe we should get more exercise and diet better but we don’t…Belief’s may or may not be true. We ‘believe’ they are true but we don’t always confirm those beliefs, and even if they are not really true, they are oftentimes true to us. Like when we believe our alma mater is the best. It may or may not technically be the best at anything and who defines best?

We don’t usually question our beliefs because they don’t always bear weight on our practical living. Faith is much different.

Practically this means I give generously by faith trusting that God Who promises to meet my needs will do so for He has said it is better to give than to receive. I share my commitment to Jesus with others by faith that they will hear and believe or hear and reject but in either case God rewards the obedient who live as His witnesses. I forgive those who harm me by faith, leaving vengeance to the Lord Who claims such activity for Himself. I pray by faith, trusting that God hears those who pray according to His will and that He is working in the world to accomplish His priorities.

Faith is doing what God commands believing He will reward such actions either now or in the life to come. Belief accomplishes nothing for the kingdom of God. Believers may even work against the kingdom of God. Satan is a believer but he exercises no faith.

God says without faith it is impossible to please Him. This is true because belief without obedience is disobedience.

Faith is believing God and His Word are true then taking action in accordance with His commands.