God’s Means For Solving Man’s Problems Is You

Job 24.12 observes, the groans of the dying rise from the city, and the souls of 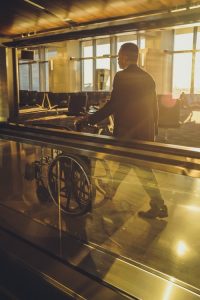 the wounded cry out for help. But God charges no one with wrongdoing.

Job was half right: the wicked do wicked things to people and appear, in this life, to get away with it. People suffer in this life because of the wicked, and God does not appear to do anything for them. This latter view is what many people use as an excuse for not following Jesus as God. What is the problem here?

God is not interested in formal religion but in fervent action toward helping those in need. God demands His people to do justice. This is the army destroying ISIS as much as it is me helping the hungry and homeless in my city. I am my brother’s keeper, God assumes. The answer to the prayers of the cold, hungry and suffering is God’s people giving, serving and working to end these things.

God works through His people and with His people and by His people. God rarely works without His people. It is our glory, it is our fulfillment, it is our joy to be used by God and to work alongside God in helping others. Too many people see their blessings as personal endorsements of God’s love for them to be hoarded by them for personal consumption.

A parent gives to the older child for them to share with the younger child. So too we who have much in wealth and influence have been given such for changing societies to be more righteous, holy and healthy. We do this by demanding justice according to God’s standards and investing our wealth where that justice is yet to be implemented in order to help those suffering under injustice.

In the end, when Jesus returns, He will judge and reward each person by their deeds whether good or evil. Whoa to the man who ignored Jesus when He was hungry, naked and suffering.