It is Difficult to Be Faithful

Judges 14.17 describes, she cried on his shoulder until the party was almost over. Finally, on the seventh day, he told her because she had nagged him so much. Then she told the young men the solution 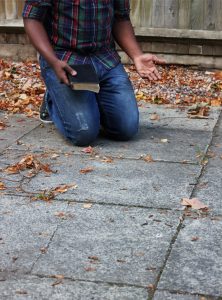 Nagging has a way of wearing us down. That explains why children use it most often because it is so effective at moving their parents to give them their way. God rewards faithfulness and even warns that only those who remain so until the end will be rewarded. Faithful until what end? Ours or the world’s I suppose.

Quitting is easy but persevering is hard. Overcoming difficulty is what the greatest athletes and soldiers do. The greatest difficulty is the inner voice that begs us to quit that which is hard so that it can return to comfort and ease. The body is never our friend when it comes to doing the hard, the difficult or that which requires perseverance for a long period of time. The old adage is true however, quitters never win and winners never quit.

In the battle of right versus wrong, the necessity for perseverance and never quitting is required of the right. It is easy to do wrong and seems to take little effort. It is most difficult to consistently do what is right for long periods of time. The Christian life requires perseverance, faithfulness and endurance.

Unlike our hero in today’s verse, the person God will reward is that person who remains faithful to obey His commands day after day, year after year, until they die or He returns to take them home. Sampson failed regularly to nagging wives because he stayed in the environment where the nagging was constant. A key to persevering is to seek reprieve from the source of torment. Quitting is a reprieve but that’s not what we are after.

Fleeing from temptation is the Christian means for overcoming that allurement that would cause us to disobey God. Replacing thoughts of fear, bitterness and doubt with promises from God to always be with us, to always love us and to eventually reward us is our remedy against circumstances where fleeing is not an option. Encouraging one another to persevere is God’s remedy for us when we are collectively suffering for His Name’s sake.

The last book in God’s instructions to humanity begins with a warning to the Church to persevere though they suffer. Jesus commands faithfulness though they are tempted to fall away. God calls us to stand with Him though all others would walk away from Him. This life is not easy. The Christian life is not easy. God did not have it easy when He lived among us as one of us.

As He endured by faithfully obeying to the end so He commands that we take up our cross and do likewise. Great will be the reward for those who remain faithful to the end, beginning with the Master’s words, ‘well done good and faithful servant, enter into the joy of your Master.’