What is your religion? 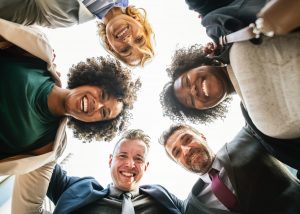 the forbidden shrines indiscriminately—anyone who wanted to could be a priest at one of the local shrines. This was the root sin of Jeroboam’s government. And it was this that ruined him.

Jeroboam’s root sin should be so familiar to us because it is so prevalent among us. What was his root sin, the sin we see everywhere around us and perhaps even within us?

Jeroboam refused to worship God or obey His commands as prescribed by God through His word. Jeroboam, in his arrogance, felt he could worship God and obey what Jeroboam thought best, in order to please God.

Today the Bible is abundantly available to nearly anyone, almost everywhere in the world. Yet most people today who believe in God create their own belief about who this god is and what this god requires – little to any of which agrees with the word of God given to us by the One True God.

We, like Jeroboam, worship God how we think God should be worshiped. We obey God according to what we think He requires. In essence, most people have their own religion, living their own way even while claiming to be a part of a wider religious majority.

God will not judge us based upon our own thoughts of who He is or what He requires. Our accountability before God will be measured by the Word of God given to us by God so that we would always live lives pleasing to God.

If we would live eternally with God we must live today according to the Word of God.