Blame is Not the Solution to Our Problems

Proverbs 19:3 describes a person’s own folly leads to their ruin, yet their heart rages against the Lord. 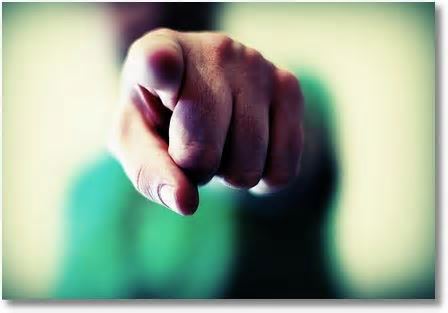 Not owning our part in the cause of our troubles is the normal human response to our troubles. The blame game was the first game and it remains the main game of all humanity.Blaming others or God for our problems doesn’t solve our problems, it just shifts our anger, resentment, bitterness and focus upon something other than the solution.

Most of our troubles can be solved by our taking different actions in our life from those that brought us to our troubles in the first place. Until we take personal responsibility for our actions we will continue to live in the quagmire of chance taking credit for the good and passing blame onto others for the bad.

Our global problems reflect the same malady though the impact is greater. World hunger is not the result of the lack of food production, it is the result of poor distribution. It is not the case that the growers of food don’t want to distribute their product but that the receivers of their food, corrupt governments in developing countries, use the food to manipulate, control and punish their people. So the story goes. ISIS blames Israel and the United States as the reason for their atrocities.

God so loved the world He gave His Son to reconcile the world to Himself but the world loved itself more than God and so rejected Him.

The world is a mess not because God is bad but because we are bad but we refuse to own our responsibility for making it such a tough place for so many people.