God’s Word is God’s Means For Knowing Him

Luke 16.29-31, records, Abraham replied, They have Moses and the Prophets; 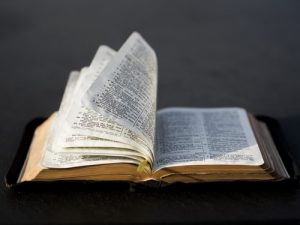 The Word of God is the primary tool of God for bringing men to the knowledge of Himself. It is not that His Word operates by itself, for it necessitates the Spirit of God moving in the heart of men to open their eyes and ears to the truth of Who God is as revealed in His Word, so that men will want to know Him and love Him. In addition, God uses men to proclaim His word to men so that they can hear and believe, and become reconciled to Him through Jesus the Savior.

The gospel, the word of God, is the power of God for salvation. God has recorded Who He is so that all men everywhere in all times can know Him and be reconciled to Him. The Christian must know the Word of God so that they can accurately proclaim the person of God, Who incarnate, is Jesus the Savior of the world. God does miracles but they are not His primary tool for saving men. God sends angels but they are not His primary messengers for saving men. God has given us His Word, this is His primary tool for saving men. Men are His primary distribution channel of that Word while He, by His Spirit, works in and through and with men to bring about the repentance that leads to salvation in all men.

We must not think there is any other means by which men can be saved than by the work of Christ proclaimed as the Word of God by those who already call upon Him for their salvation.