Hope For The World

Psalm 107.2 asks, has the LORD redeemed you? Then speak out! Tell others He has redeemed you 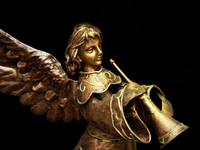 The need of the hour is for the Church to speak out about God’s redemption. The obviousness of this truth was on full display during the presidential debates. Character, truth, honesty and humility are the result of fearing God and recognizing our accountability to Him. Those who live without regard for their Maker do and say whatever they believe to be best in their own minds.

The common enemy of all humanity from which God saves humanity is sin and death. The power of sin is its constant force over us causing us to do what we don’t wish to do and not doing the things we want to do. Sin is the evil we think, say and do toward our fellow man. Sin is why we fight with our spouse, children and neighbor.

Only He Who never sinned can break the power of sin in the lives of those who seek Him. God by His Spirit indwelling the humble child of God gives new life which is ever strengthening the child of God in their ability to do what is good for our neighbor and what pleases God.

The second enemy of all humanity is death. It is the final result of sin this unstoppable enemy that comes too early for so many but comes to all eventually. Only He Who raised Himself from the dead can raise from the dead all those who come to Him for eternal life.

Jesus is life, life eternal and life abundant. While all those who love Him will also see their bodies die, they know that He Who is in them will carry them to their eternal destiny where a new body awaits that never dies, never suffers disease and never grows old.

People need power over sin and people need hope for their future. The Church has been given the solution to humanities most universal and fundamental problems; now if only it will rise up and do its work.