Philippians 1.29 reminds us that, it has been granted to you not only to believe in Christ but also to suffer for Him. 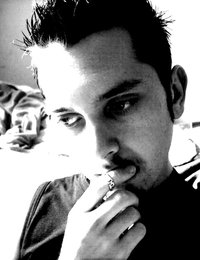 Fox News recently reported that Christians are the most persecuted religious group in the world, again (HERE).

When we think of suffering however we think only in terms described in this article. In North America, under this definition, we don’t suffer because we are not persecuted. Not wanting to be left out of the suffering conversation, we in North America broaden suffering to include our difficulties: divorce, bankruptcy, cancer etc.

These things are difficult but they are not suffering FOR HIS NAME, which is why our brothers and sisters elsewhere are suffering. However, we could be suffering for His Name but we choose not to do so because we are afraid and possibly, because we love money more than Jesus.

Every time we choose not to mention Jesus, not to support a Christian cause overtly, not too allow Christian activity in our business, because we are afraid to offend others who in turn would cause us to suffer in the media, in our employment, in our income then we fail to suffer for His Name. Is it possible that our noble explanation for ignoring Jesus and His righteousness in the marketplace because of the offense it might cause is really a facade for covering up our greater desire to be liked, thought well of, and have greater market-share?

When the Christian hides Jesus under a bushel so that the light is not too bright for drawing undo attention to ourselves and our companies we are choosing to love something more than Jesus Himself which makes us complicit with those who we fear would persecute us. Ignoring Him and being persecuted for Him both have the same result: Jesus’ Name being silenced.

While many Christians in North America would decry these charges by stating they are good men, great examples, doing good works just not loudly for Jesus, know too so are your brothers and sisters in the rest of the world but because they open their mouths to identify with Jesus they suffer in His Name. It is not for being good that Christians suffer in the world, it is for identifying themselves with Jesus that they suffer.

When the King returns will He reward us for our suffering or rebuke us for our hiding?