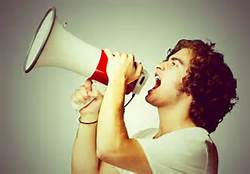 This may be my favorite verses in the Bible. I am particularly drawn to the admonition to act like men. We need more of that today particularly in this highly feminized culture where the woman of the year for 2015 was/is a man.

Most Bible translations change the phrase ‘act like men’ to ‘be courageous.’ I like that change because it equates manliness with courage.

Courage is a rare commodity among men today except in the military where it is displayed quite regularly by the commitment of our troops in Muslim countries, and especially among our special forces. Most men aren’t in special forces and wont be joining the military any time soon.

So how do we ‘act like men’ and be courageous? Paul’s admonition is perhaps a linear method for working out this expectation God has for at least half of His image bearers.

Being watchful means standing resolute as a guard able to recognize false ways from God’s ways. Like a watchdog on a leash, the man of God protects himself and his family from internet, school, television and any other source that refutes God’s truths with some other explanation of who people are and how they are to live.

Everytime our child relays a lie they learned, everytime they encounter a false god, every message that denies the Creator and His good will for humanity the man on watch refutes it, corrects it and replaces it with God’s truth. Of course this watchfulness is not limited to just the home but needs to be done in the marketplace as well.

Once the misinformation comes the man of God stands strong with a backbone advocating and doing what is right. Regardless of a child’s pleading that ‘everyone else does it’ or the boss saying it’s ‘politically incorrect’ the man of God stands firm on truth because he knows he will one day give account to God.

Loss of job, lower grades, unhappiness of a child is no excuse for not doing what is right or for compromising God’s truth. The will of God is clearly revealed in the Word of God so that the man of God can do it and advocate for it no matter what. Suffering for righteousness sake is a badge of honor for the man of God.

This is what it means to act like a man. To take abuse without retaliation for doing and speaking what is right in the eyes of God. A man protects himself and his family from lies and leads them in faith toward obedience to God.

It takes great resolve, true inner strength to be a man of God where the motive is love. Love for family, love for society, love for God is best expressed in obedience to God. God’s ways are the healthiest, most wholesome, most rewarding ways for humanity to live.

The man of God is not a power hungry ogre but a deeply committed, unshakable servant of God who will not tolerate evil but will give himself to good no matter the cost and no matter who follows.