The Key Work for Beating Temptation

Luke 22.46 challenges, get up and pray, so that you will not give in to temptation. 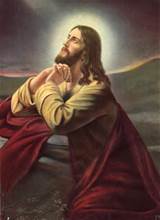 God takes sin seriously. Sin is everything we do that defies the will of God.

This defiance is measured by God by our words, attitudes and actions toward Him and others. God has demonstrated His commitment to punish sin since humanity began their rebellion against God.

First God removed His newly created people from their garden paradise. There was no second chance, no overlooking, no forgiveness without consequence. God removed humanity from their perfect environment and placed them in a land that was cursed with pain and difficulty. This is the world we live in today.

Second, God punished the whole world with a great flood that destroyed everything and everyone except eight people . The world had become utterly corrupt so God pressed ‘restart’ through Noah and his family.

Third, in trying to establish a holy people God created Israel. They too rebelled against God resulting in their loss of land to foreign armies living as captives among them for 2000 years.

Finally, God Himself came to earth to be crucified for all the evil man has ever done against God. God’s sacrifice of Himself through Jesus as punishment for humanities consistent rebellion against God is the ultimate expression of God’s commitment to punish sin.

God hates sin because God is holy and God created humanity to be a holy people pleasing to Him. How can we possibly be holy? We must pray.

We must pray more frequently and for greater duration that we would not give in to those desires within us that displease God. We must ask God for the Spirit of God to strengthen us against those things that entice us away from God.

Most of ‘those things’ reside within our hearts such as lust, greed, selfishness, hate, revenge etc. When God lived among us as one of us He was also completely human. As such, He prayed often, for long periods, in order to remain perfectly obedient to the will of God.

Jesus’ example must become our habit for we need to pray against temptation at least as much as He did and probably even more so. Our failure to pray is indicative of our failure to understand how seriously God takes sin.

The good news is that God has dealt with the penalty of our sin through Jesus the Savior. The challenge is for us to live as a holy people saved by God through the grace of God demonstrated in the love of God by Jesus’ life, death and resurrection.

We meet the challenge as we engage the work of prayer.