Wait On God But Don’t Quit On Him

2 Kings 6.33 observes, the LORD is responsible for this disaster! Why should I continue to wait for the 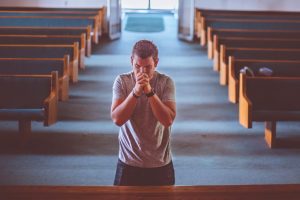 On the eve of his deliverance the king of Israel loses his hope and gives up on God. The king had faith as long as he could but he finally reached his breaking point. All of his praying, all of his fasting, all of his trying to do the right thing culminated in nothing in his mind.

The king of Israel interpreted the root of his problem to be God’s meanness, God’s unkindness, God’s indifference to his plight making the problem God’s responsibility and not his. God saw things differently. God saw a wicked king who only did what he wanted to do ignoring the ways and will of God for most of his life which led him to the difficulty he now faced.

The king’s repentance wasn’t enough to change the consequence of his previous actions. When this happens to us we believe God to be unfair so we blame Him then quit on Him. Of course, what this blaming and quitting reveals is that we had never truly humbled ourselves before Him anyway.

His best is always, in the end, for His honor and our good. The happiest life is the one that takes responsibility for our actions and then recognizes that God is loving, good and merciful to help us even when we don’t deserve it. Waiting on God is hard but He is faithful.