Do You Want What God Wants? 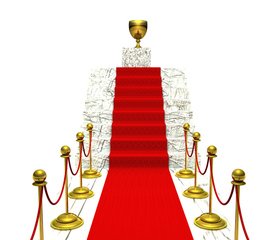 squeezes out love for the Father. Practically everything that goes on in the world—wanting your own way, wanting everything for yourself, wanting to appear important—has nothing to do with the Father. It just isolates you from him. The world and all its wanting, wanting, wanting is on the way out—but whoever does what God wants is set for eternity.

Indeed, love for the world does squeeze us out of love for the Father. The world’s values coupled with our own self-absorbed nature, combine to make us ineffective in the will of God when we are not concentrated on the ways of God.

Wanting, wanting, wanting uses the energy, talents and treasure we were given by God for doing the will of God and instead wastes them upon the accumulation of the things of men. Spending so much of our God given abilities on the accumulation of treasure, title and trophys causes us to work little at seeing God’s kingdom come and His will being done on earth as evidenced by our current cultural decadence.

Those who focus on what God wants are the ones who have denied themselves, taken up their cross and are following Jesus – the true disciples, who know they are destined for eternal life in the kingdom to come. What is it that God wants?

He wants everyone reconciled to Him through Jesus the Savior. It is why He made us, to know Him, and it is why He came to us and died for us, so that we might be restored to Him. The mission, the work, of fishing for men, of sharing the gospel with men, of making disciples is the work of the lover of God whose focus is first and most upon the will of God expressed repeatedly in the Word of God.

Who is the man who really wants what God wants?

2 Replies to “Do You Want What God Wants?”