Ezekiel 18:32 observes I do not enjoy seeing you die,” the Lord God says. “Turn, turn and live! 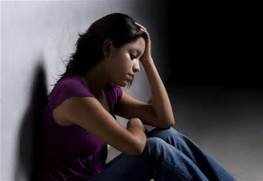 Repeatedly those who ignore God question the existence of God because of the suffering of people they see all around them. The existence of suffering does not disprove God but proves man’s need for God.

The true story of Creation is not that all people evolved over millions of years from a cosmic accident resulting in the emergence of single celled organisms able to miraculously develop into human beings. This is the explanation those who hate God give to explain our origin but who wring their hands to explain suffering.

The true story is that God created everything that is by His own good will intending for all to live forever with Him on the earth where He would rule as King. God did allow people to choose whether to obey Him or not, He only gave them one prohibition, but apparently that was too much to ask of our forefathers. The banishment of people from paradise also led to the banishment of the King from His kingdom.

Left in charge of this world are people and evil spirits. The result: bad things happen to good people, bad people, all people because all people are bad.

The King returned though disguised as a servant and sacrifice which was His means for becoming the Savior.

Upon leaving this time He commanded His followers to tell everyone what He has done and that He will return again but the next time it will be as King of kings and Lord of lords. God detests the inhumanity of man to man but it is man’s fault not God’s that it occurs.

Obedience to the One Who commands we love each other as we love ourselves makes injustice impossible but disobedience to His command explains the injustice we experience. We ignore the one true God in our schools, government and media then act outraged when He fails to stop evil in our world.

God commands us to do justice and if we wont then justice wont happen – yet.

God plans to return and when He does all people from all time will be judged according to His will and ways. His will has been written down in the Bible, can be observed through nature and felt within our conscience.

God wants all people to live forever with Him, He has provided the means in Jesus the Savior, the only question remains will we submit to Him or continue in our rebellion?