The Church Response to Covid-19: Maybe We Are Doing It Wrong

If you are all bought into the rhetoric of the CDC, your particular Governor and 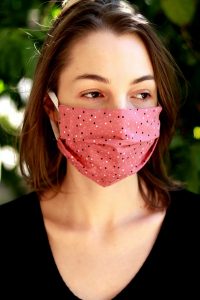 their mandates, what you hear everyday from CNN and the traditional media, then this discussion is not for you. Almost no one changes their opinion about anything anymore and I am sure I will not convince you to think outside your current bubble.

However, if you are still open minded, wondering if everything you hear is really true, if indeed we are taking the necessary steps toward ending this ‘crisis,’ then maybe these words will be of help to your consideration.

My thinking differently began when I considered this text from Revelation 13.16-18: It also forced all people, great and small, rich and poor, free and slave, to receive a mark on their right hands or on their foreheads, 17 so that they could not buy or sell unless they had the mark, which is the name of the beast or the number of its name. 18 This calls for wisdom. Let the person who has insight calculate the number of the beast, for it is the number of a man. That number is 666.

Movies have been created interpreting this verse occurring at the end of time when Christians will be persecuted just before Jesus returns. I am not saying Covid-19 is the end of time and this verse is that fulfillment. Do not hear that at all.

However, when that day occurs, will we act differently than we are now as a church? Will the same debate rage then as is occurring now? Will the church be divided then as it is now? Most Christians, say they will not take the mark of the beast then so as not to identify with those who are of the evil one and his dominion. What will cause them to defy the government and its leaders then that they are not willing to do now?

On the surface the answer seems easy enough: Covid-19 is about a worldwide viral pandemic and the mark of the beast is about a worldwide subjugation of humanity to the beast. But perhaps, at their root, both are the same? Perhaps, and certainly the latter, is based upon a lie, a myth, deceit, to obtain behavior by the masses for certain desired outcomes by those in authority. In the latter case, the beast desires worldwide allegiance, worship and recognition as king and lord of all. Christians have adamantly refused to worship any king but King Jesus. Christians in the past suffered and died for failing to worship anyone but God alone. Most feel they will do the same in the future if required to do so.

In the former case, Covid, what if the desired outcome is to change the despised and despicable American president by creating fear and animus among the people so that they blame him for the spread of the disease because of his inability, due to his character, to properly lead us through the pandemic. Isn’t this the rhetoric? We need to take extreme precautions to avoid further contamination because our leader does not care and is incompetent to properly handle this crisis.

The facts, which are hard to come by, each side claiming their own, indicate otherwise for many. The death rate is too low to justify closure of schools, churches, and the continuous wearing of masks (for those who oppose, the sign of the current beast!). The Church has stopped meeting, in compliance with the wishes of the pagan government, for fear of spreading the disease and drawing ire from the pagan masses.

Yet, during cold and flu season, which at least as many die from as have already died from Covid, depending again, upon your choice of statistics, which in itself should be a clue to us that something is amiss, the Church meets and takes on the possibility that some in their congregation could get sick from the presence of others who are sick and that sickness may lead to death. Other diseases have come and gone throughout Church history, and it never closed its doors. Now, because, for the first time in American history, it has been asked to do so, it does.

I suggest we are doing it wrong. We are participating in the myth, the lie, the deception, that one man’s incompetence and immoral character is the cause of our problem resulting in our inability to gather as we are instructed. We are teaching the sheep that compliance is necessary and that we can comprise and still maintain our integrity since technology allows us still to ‘gather.’ But what the sheep really hear, is that we believe, what the pagan government and its pagan accomplices in the media are telling us is true about our world and we should participate with them in its cause.

Rather than prove to the sheep that the world sometimes has an agenda different from our own we have become accomplices in the world’s agenda. Rather than prove truth through our gathering we are proving by our failure to gather that at least half of the statistics, are true. We have ignored and even impugn those and their statistics, that argue against what the pagans tell us is true. Why?

Would there really be massive death if the Church met? Recently a large church closed that formerly gathered, because 11 of its thousands tested positive for Covid. Testing positive and dying are not the same. Eleven among thousands caused a shutdown and proved the pagans were right. But did it really? On any given Sunday is it possible among thousands eleven could become sick from our gathering?

Whenever Revelation 13 is being fulfilled, will the sheep take from our current response, the lesson of non-compliance or will they believe the beast that they must receive the mark? How will they know to stand apart when they have always stood with those in authority? Could the higher good be to speak the truth in love by our actions as well as our words over doing what those in authority told us to do?

After all, when Nero persecuted the Church and told them to stop gathering for they were illegal, they still gathered, though they read Paul’s letter to obey those in authority, even as they watched those in authority sever his head.

We should meet, we should gather, not because we have faith and can test God to keep us from getting sick. We should meet because the information about why we should not meet is too inconclusive, the evidence too obvious to everyone that Covid is not a serial killer, eliminating all, most or even the majority of those it contacts. We should meet because God tells us to and the world is embroiled in its own political battle. We are not citizens of this world but are aliens and strangers in it. We should meet so we can train the sheep to stand against the culture, the mainstream and to stand for truth. Some will get sick, but not many, some will die, but only a few and not because we gathered, but because some do get sick and die whether the Church meets or not. So we must start meeting because whether we live or die, we are to live and die in Christ, gathered together.