Another Unintended Consequence of Permissive Parenting 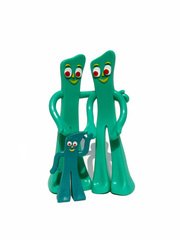 diligent in disciplining him.

The founding fathers didn’t prohibit hate speech because they didn’t define what is hate. Whose definition of hate speech are we supposed to use? The left? The right?

Hate speech, any speech, we detest is defeated by more speech on love, peace or whatever is the polar opposite of the speech we deem to be hateful. I’m not advocating for hate speech. I am advocating for free speech.

Christians in particular should be concerned with this current trend toward banning hate speech. Jesus, His Name, has been considered hate speech since His resurrection from the dead. The Jewish leaders persecuted the first Christians. The Romans blamed the Christians for their problems because they worshiped Jesus and not Caesar. Jesus has not been a welcomed name in communist countries throughout the ages. Jesus proclaimed as God Most High is still hate speech in Muslim controlled countries.

Banning hate speech is dangerous unless you are the one defining the hate. Today’s young people seem the most willing to ban speech.  Millennials grew up in homes where boundaries were not well defined. They were spared the rod by parents who thought reasoning with them was better.

The result of growing up without firm boundaries is to be afraid and or angry when their self defined boundaries are violated. That is why they feel the need to now create safe spaces on college campuses. What do people do when they are afraid or angry? They seek to eliminate the object of their fear or anger.

Millennials are ripe for being manipulated in supporting a ban on hate speech. Their permissive past is causing them to want a controlled future, a future that might include removing the freedom of some in order to make them feel more secure.

This unintended consequence is the result of ignoring Biblical teaching on parenting that raises children from a controlled environment to a permissive one. The other way around is dangerous and destructive to nations.