Luke 23:31 proclaims if such things as this are done to me, the Living Tree, what will they do to you? 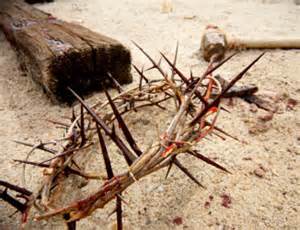 God makes this comment while carrying His cross to His crucifixion. Suffering is horrible but it should not be unexpected.

Men have killed men since the first son Cain, in anger and revenge, struck down the second born son Abel. We even struck down God when He came to visit us personally in Jesus the Messiah so He warns if we will do this to Him how much more will we do to one another?

Our struggle with God is His apparent obliviousness or helplessness to stop it. We should remember that as He warned us of suffering neither did He interrupt His own suffering by stopping it.

God suffering and dying is part of God’s plan for reconciliation and restoration. His justice requires blood be shed for our disobedience thus He shed His blood though innocent so He could pardon all of humanity who are guilty.

God surrendered the rule of this world to men and demons. Two entities He created for His glory who choose instead to rebel against Him.

God has not abandoned this world but He seeks to save this world by reconciling people to Himself before He finally destroys this world because of its constant rebellion against our Maker.

He promises a new world where He will rule as He lives among men as King of kings without temptation from rebellious angels.

In the meantime, those who love God, will suffer even as He suffered because many still oppose God but His people are to live God’s ways so that the world might experience the difference between God’s world to come and the one we are living in now.

2 Replies to “Why we Suffer”