Accountability Occurs in This Life And In The Next

Romans 2.6-10 describes, God will repay each person according to what they 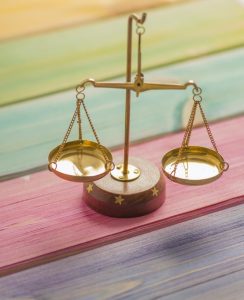 Judgement awaits every man. All people who believe in God, any god, believe a day of accountability awaits us when we pass from this life to the next. The atheist tries to ignore this inherent knowledge so as to justify their evil behavior and to keep their conscience from condemning their actions.

The Bible is clear, God will judge men, all men, based upon His standards, His rules, His ways as revealed in His Word, the Scriptures. It only makes sense that if God is good, and He is, that He would reveal to us the standard by which He will judge us. This is in part the purpose for the Bible.

Those who know God are not driven by fear of the impending judgement but rather serve God out of love for God rejoicing in the work of God already accomplished on their behalf through Jesus the Savior. The person in right standing with God through Jesus the Son works to glorify God in the world not to accumulate good works for judgement, but to demonstrate their love for God and His good will toward the world through them. The Christian has been pardoned from judgement because of their faith in Jesus as the punishment for their deeds deserving judgement.

The Christian then looks forward to meeting God the judge Who will reward all those who serve Him because He is good and He rejoices in lavishing praise upon His children. Doing God’s will results in receiving God’s eternal reward proving the sufficiency of God’s eternal work through Jesus the Savior. But those who refuse to do God’s will, who create their own standards of good and evil, who ignore God’s instructions, who ignore worship and service to God for the glory of God, will find their good works unacceptable to God and will instead receive His wrath and condemnation for being so arrogant as to think they could earn God’s approval apart from God Himself in Jesus.