If the End of the World is Near, What Should We Do? 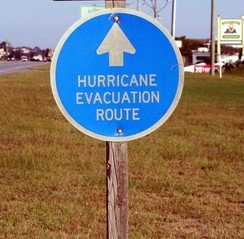 With all of the natural disasters occurring recently some are speculating the end of the world as we know it is near. I believe this thinking is normal whenever difficult times on a mass scale are being experienced. No doubt throughout the ages Christians and others have exhibited similar thoughts while enduring plagues, famines and wars.

Whether the end is near or not I don’t know, I do know how we are to live regardless of ‘the end’s’ proximity.

First, we are told to stay alert. This means to be actively engaged in God’s Word so we can be busy doing God’s work which He warns must be our occupation upon His arrival. It is the lazy servant who is beaten and forsaken by the King upon His return when He comes unexpectedly. The good Christian is the Christian busy about His Master’s business when the Master returns for inspection.

Second, we are to stand firm in the faith. When disaster and persecution strikes Christians are to remain joyful, hopeful and faithful. We are not to shrink back when Jesus and His ways are being maligned and marginalized. We are not to turn our backs on people when disaster strikes though the love of most has grown cold.

Currently Christians are outperforming the government in responding to current US disasters. This should be the norm.

Third, Christians are to show courage. This ties closely to the second point when it is persecution and not natural disaster that Christians are suffering. The world is becoming increasingly less tolerant of Christianity. Too many Christians in government, corporations and education, are standing mute to policy and program that violates God’s commands. This apathy and shame only increases the persecution rather than helps to end it.

Finally, Christians are to be strong while they await the return of their Savior. This means to keep doing what Jesus would do regardless of personal loss, discomfort or discredit. In disaster, keep giving. In persecution, keep forgiving. In all things, keep loving.

When Jesus returns, whenever He returns, He is coming back for His brothers and sisters whose resemblance is like His, a reflection of the Father Who so loved the world that He gave His most precious gift.