Is Identifying with God Embarrassing?

Psalm 25.3 records, I’ve thrown in my lot with You; You won’t embarrass me, will You? Or let my enemies 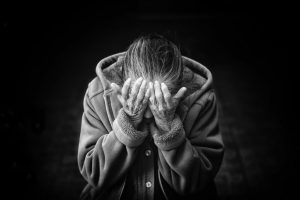 get the best of me? Don’t embarrass any of us Who went out on a limb for You. It’s the traitors who should be humiliated.

There are many places in the world where a man who identifies with Jesus can lose his property and his life. Many such places remain today and many Christians live in these places under constant pressure and persecution. Not so in America.

The fear we hold is of losing friends, customers, honor because our media despises God and publicly shames those who identify with Him. Those who do identify with Jesus look up and call out, ‘You wont embarrass me will You?’ ‘You wont let my enemies get the best of me will You?’ The answer will be ‘No’ in the long term but perhaps ‘Yes’ in the short term.

American Christians need greater resolve, they need a Spirit not of fear, but a willingness to work for, promote and identify with their Savior if we are to see our culture become increasingly more like His kingdom on earth as it is in heaven.