Rewards of our Work

Luke 19.11 explains He told a story to correct the impression that the Kingdom of God would begin right away. 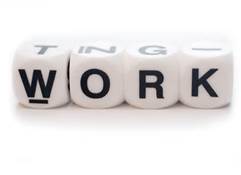 Glimpses of the Kingdom can be seen and felt through people whose lives are now filled with the King’s Spirit.

The Kingdom of God waits for the people of God to use their talents and treasure to build the Kingdom of God upon the earth. This building is not of brick but of the Spirit as increasingly more men and women come to know the King as Savior Who is Jesus, God made man.

The story Jesus told was one of three men who chose or didn’t choose to use the treasure they were given by the king to further the king’s interest in his absence. In the end, his will people were judged by their effectiveness at increasing the king’s influence upon the earth. To those who did much for the king they received a great reward but to him who did nothing for the king, he was condemned even though he believed the king would one day return.

The story reminds the people of God that their primary responsibility is to use their God given resources to bring God’s Kingdom to earth which is the increase of His influence in the lives of people.

Which do you think is happening?