Revelation 21.7-8 describes, those who are victorious will inherit all this, and I 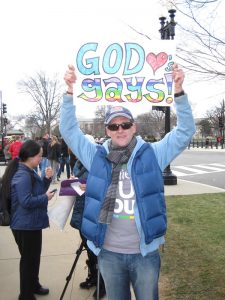 will be their God and they will be My children. But the cowardly, the unbelieving, the vile, the murderers, the sexually immoral, those who practice magic arts, the idolaters and all liars—they will be consigned to the fiery lake of burning sulfur. This is the second death.

When you read the list of those excluded from heaven and the new earth it is hard not to find ourselves somewhere in the list, maybe even more than once. This is particularly true when God, Who lived among us as one of us in Jesus, said that when we even think these things or curse people to these things we have done these things ourselves. Woe is me!

In fact, it is so hard to miss being on the ‘naughty’ list that many today are saying since we all do these things and none are capable of not doing at least some of these things then we are free to continue to do these things because God loves us, knows that we do these things, and doesn’t seem to care. This belief is in utter contradiction to His Word, the Word in which He describes Himself as faithful and true.

The recent Supreme Court case has legitimized LGBTQ behavior in the mind of many so called Christians. All of these LGBTQ behaviors are condemned in the Bible and are lumped together with adultery and fornication then summarized as sexual immorality. It is for these behaviors, and many others, that God came to earth as a sacrifice to pay the penalty for all humanity who has ever done these things.

God punished the Son for sexual immorality, not His but ours. If we truly understand this then we no longer practice those things for which God was punished. Instead we live in obedience to God’s Word which is the revelation of His will. Those who are obedient are defined as the victorious in this passage. They are victorious over their lusts and have instead humbled themselves before God in order to live lives pleasing to God.

The victorious no longer give-in to their lusts or the temptations of men which are displeasing to God but instead always seek to please God, they always seek to obey God, for it is our obedience that practically demonstrates our love for God. Those who will live with God forever are those who die daily to self in order to obey daily God, for the glory of God, on earth as it is in heaven.