The Testimony of Robin Williams 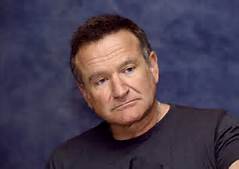 The testimony of Robin Williams is an oft repeated tale of the poverty of fame and fortune to make a man happy. Repeatedly the famous destroy their lives with drugs, alcohol and finally suicide telling the world by their actions that money cannot buy you happiness.

We read their stories and remain incredulous that ‘they’ could do such a thing. ‘They’ had everything. Why would ‘they’ do such a thing? Then we muse that if we had their success we would be much wiser deceiving ourselves into the continual pursuit of fame and fortune to make us happy. Fame and fortune often lead to folly ending in failure, the inability to live a life full of meaning and purpose and satisfaction.

The wisest man ever to have lived was also the wealthiest man of his time which allowed him to pursue pleasure unbridled until he reached the conclusion that Mr. Williams and so many others also reached: everything is meaningless.

The testimony of Robin Williams is also a testimony against the witness of the Church in America. The Television Church has promised fame and fortune as a result of having a personal relationship with God these past seventy-five years but Robin didn’t need more of that: he needed a real relationship with God. The Television Church leaders too have demonstrated repeatedly that fame and fortune leads to folly which results often in moral failure.

The True Church has had 2000 years to model the abundant life but its testimony to Jesus’ desire for His people has been sorely lacking and increasingly ineffective if measured by the ‘light’ of our current culture.

God in Jesus modeled and gave testimony to a life of sacrifice, service and surrender and called His disciples to do the same by denying themselves, taking up their cross and following Him. The Son of Man came to sacrifice His life so that others might live. Jesus did not come to be served but to serve and to give His life as a sacrifice. ‘Not My will but Your will be done,’ the Savior stated before surrendering His life to be sacrificed.

His best life was not now it was to come neither should we strive to obtain our best life now by accumulating fame and fortune but rather like the Savior we should seek to sacrifice, serve and surrender so that others can come to know Jesus as the Way, the Truth and the Life.