Winning the War of Ideas

2 Corinthians 10:5 proclaims we demolish arguments and every pretension that sets itself up against 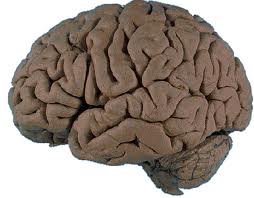 the knowledge of God, and we take captive every thought to make it obedient to Christ.

The great Apostle Paul taught the first Christians that they were to go to war against every argument and thought that sought to persuade people away from the truth of God’s existence and His demonstration of His love for humanity through Jesus the Savior.

Christians today are sorely needed to reengage this battle. Christians have historically been some of the most profound thinkers and greatest scientists.

These past hundred years or so however have seen our influence marginalized and the vast majority of Christians becoming more convinced of ‘disobedient’ thoughts than holy thinking.

Too many Christians for instance believe humanity is a product of evolution rather than an intentionally created bearer of the image of God. This poor thinking is extrapolated to advocating a woman’s right to choose rather than abhor the murder of the innocent unborn.

The list continues but our remedy is simple: we must become diligent students of Biblical truth if we are to know THE truth and advocate for its adherence – at least in the Church. God has gifted the Church with many great thinkers whose writings are a tremendous asset for our becoming greater warriors in the theatre of ideas.

We must choose to believe God or men and if God then fill our minds with His thoughts and ways so that we are able to make a better defense of our faith.

And after defending our faith, go on to advancing truth and righteousness in the world for the glory of God and the salvation of humanity.