Being Convinced of God

Luke 16.31 warns if they do not listen to Moses and the Prophets, they will not be convinced even if 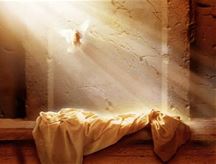 someone rises from the dead.

Jesus rose from the dead. This is the most fundamental and crucial teaching of the Christian faith. It separates Christianity from all other religions.

The God of Christianity became a man, was sacrificed for humanity and rose from the dead as both Man and God to be served and worshiped as God. It is this allegiance to a living Jesus that causes people to both hate and malign Christianity. The Resurrection is an amazing teaching, impossible for some to believe.

While the resurrection is necessary for Christians to believe God tells us that it is His Word that is His primary tool for convincing people of His reality and informing them of His ways.  If we want to be convinced of God’s reality we will read the Bible regularly. The Bible is God’s provision for informing us of Who He is, how He thinks, what He requires of us and how He will judge us.

Repeated exposure to the Bible’s contents will convince anyone of God’s goodness and wisdom causing people to want a relationship with Him. Most people have opinions about God developed over watching supposed followers of God or from reading other sources that purported to reveal God. People fail and other books about God are not God’s book so will fail to provide the most accurate picture of Him.

If we want to know Who God really is and what God is really like we need to read His record of Himself graciously provided by Him so that we would have no confusion or question about Him.

When we read the Bible from cover to cover again and again the resurrection becomes the pinnacle part of the story and makes perfect sense in light of Who God is and how He has lived among us in this world.