Everyone is a Priest 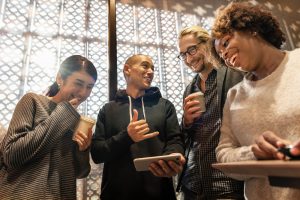 way to make them both pay and take the consequences of the bad lives they’ve lived.

One of the major doctrinal shifts that came out of the Reformation is the empowerment of all Christians to live and serve God as priests – the priesthood of all believers. This teaching throughout the New Testament and modeled by God in Jesus whose twelve disciples were not from the religious class but from the working class, was finally implemented during the Reformation after a long hiatus beginning around 300AD.

While we still wrestle as ‘common’ believers to do the work of a priest, leaving so much of God’s work to paid church staff, we are nevertheless, as Christians, called to be priests in the world. What does a priest do?

A priest brings people to Jesus and brings Jesus to people. A priest helps people understand who God is so they can align themselves with God’s will. A priest speaks and models God’s will so people can be convicted of their disobedience and turn to God so that they begin to obey God’s ways.

Today, like Hosea’s day, too much integration has occurred between the priests and all the people. In the marketplace, the university, the government office, there is too little evidence of any priests being employed there. The failure to identify with Jesus in word especially but in deed regularly, keeps the unbeliever from either knowing God or doing His will creating a culture that increasingly approves what God condemns and condemns what God approves.

The priest is responsible for shaping the culture toward doing what pleases God, it is time we all get to work and stop living as though others were responsible.