Persevering toward the Goal

Mark 10.49 declares you lucky fellow, He is calling you. 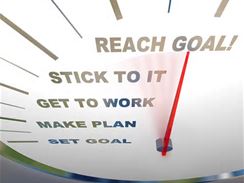 A blind man heard that Jesus could heal people of whatever ailed them so when he heard Jesus was near he shouted for His attention.

The people around Bartimaeus, the blind man, tell him to keep quiet either because Jesus is talking and they want to hear Him or because they think Jesus too important to help a poor blind man. Undeterred by the crowd who could care less about him, Bartimaeus continues to yell for Jesus until he is heard. When Jesus does hear him He asks that Bartimaeus be brought to Him where upon his arrival Jesus heals him.

The crowd responds to Bartimaeus as being lucky that he was able to garner Jesus’ attention and thus receive his sight but luck had nothing to do with it. Bartimaeus was healed because he believed and he persevered despite opposition from the crowd.The fickle crowd started against Bartimaeus for trying to get Jesus’ attention then praise him for obtaining his goal.

We have a crisis in America today created by our media who continually malign the hard worker, the diligent and the persevering.

Finding people to work hard and persevere through difficulties in order to achieve their dreams used to be an American staple but is now maligned by a media that promotes government guarantee of prosperity without hard work.

Those who have worked hard are both loved for their success and maligned as greedy, selfish and corrupt. Bartimaeus took responsibility for making his goal without concern of the crowd’s opinion.

The Church needs to return to teaching people that each person is to earn his own way through hard work and not insist upon hand-outs from the government regardless of what the media encourages.