Psalm 44:4 pleads for God to decree victories for His people. 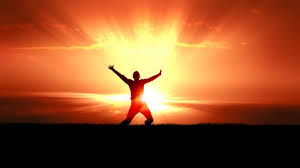 Everyone wants to win.

David, the psalmist and great friend of God, knew both the agony of defeat and the ecstasy of victory. David slew a giant and in turn was slain by lust. David defeated armies but was chased away from his castle by his son. David knew what it was like to cry out for God to give him a victory.

We all need a win sometimes. When life seems against us then we identify with David and his plea for God to give him a victory.

God has a strange way of leading us into victory. It is best epitomized by the way His Son won victory over death.

Not victory the way we normally consider victory and not the kind of victory most of us are pleading for.

We want the kind of victory the Miami Heat have in basketball, Tiger Woods used to have in golf and Jr. has on the race track – total dominance resulting in whimpering submission by the opposition. That’s victory!

But God opposes the proud and gives grace to the humble.

God is seen as strong when we are seen as weak. The last are the first, the fools are the wise, the poor are the rich in the Kingdom of God.

The victory we want now and the victory God gives are not always the same.

Let’s pray for victory but be willing to suffer for its possession.