To Whom Should we Give? 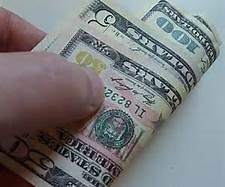 Who are the brothers of God? Those people who seek the Father and obey His commands are His brothers and sisters.

This is insightful for the discussion about giving to the poor in our world.

The first Church is described as meeting the needs of everyone in its congregation through the generous giving by each member. However their giving was not for the community at large but to the community within Christ.

A careful reading of the New Testament places the focus of Christian charity upon those who are in the Lord rather than everyone at large.

The Church was even quite specific in its dispersion of help for it required those who could work to work or receive nothing. Likewise only widows over 60 whose reputation for loving God and the Church were to be helped by the Church and not everyone who was a widow.

The church body today is caught-up in random acts of benevolence while failing to first concentrate upon its own and seemingly with few if any requirements for such charity.

In many ways the Church has become like the government without discernment enabling people to remain dependent rather than fostering independence.

The goal of our giving should not be to feel good about our gift but to see the recipient through hard times until they too become givers to the true needs of the saints.