Trouble is the Norm

Exodus 8.23 declares ‘I will make a distinction between my people and your people.’ 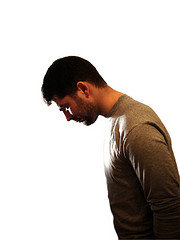 Pharaoh needed a great deal of encouragement before he would release his slave labor. This encouragement came through plagues that nearly destroyed everything and everyone in Egypt.

This cycle of both receiving the same difficulty and being sheilded from these difficulties will continue until that day when God separates for all eternity those who love Jesus from those who wanted nothing to do with Jesus.

God in Jesus warned that His people would have trouble in this world.

He taught that God sends both rain and sunshine upon the righteous and the wicked. Jesus also taught that when persecution comes God intervenes, shortening its duration for the sake of His people.

Christians should expect to suffer in this world just like everyone else. Being a Christian is not a free pass to the blessed life in this world despite what is marketed on television.

Christians are being murdered today, they suffer the same diseases and experience the same losses as everyone else. Yet they also experience miracles, they do receive blessings and best of all they receive the comfort of God’s presence in the midst of their trials.

God Himself suffered while He walked among us as one of us being despised and persecuted by His creation. But Jesus rose from the dead after suffering crucifixion.

The people of God will likewise rise from the dead into heaven where there will be no more tears, no more pain and no more death.

Until then we may suffer the same earthly fate as everyone else or we may not but in either case we have within us the love of God Who knows what it is to both suffer and to overcome.