Who Are You Trying to Please?

1 Thessalonians 2.4 observes, just as we have been approved by God to be entrusted with the gospel, 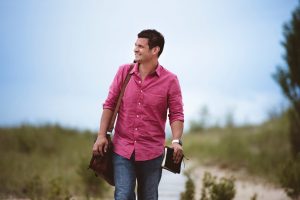 so we declare it, not to please people but God, who examines our hearts.

The demise of Christian influence in western culture can be attributed in large part to the failure of Christians to consistently and Biblically, present God’s point of view of man, history and Himself. This failure has been facilitated by a desire to not offend people but rather to build bridges with people until people are willing to listen to our message.

The Apostle Peter lends some credence to this strategy when he commands that we always be prepared to give a reason for the hope that we have within us. This preparation presumes initiative on the part of the listener rather than the Christian who desires to speak about his hope.

It might be argued however that Peter assumes people will be asking us about our hope because of the radically different life they see lived by those who have denied themselves, taken up their cross, and begun to follow Jesus. I’m not sure there is much asking going on these days because it is increasingly difficult to see by life choices the difference between those who follow Jesus and those who do not.

However Christians are expected to tell God’s story beyond those with whom they interact daily. The approach to wait until asked isn’t working since no one is asking about our God or what He requires from us and what He plans to do with us once our lives expire on this earth or He returns to judge the earth. The presentation of the gospel as Paul discusses in today’s verse was made by those who took initiative to engage the culture.

These Christians saw flaws in the thinking and behaving among those they lived with and so courageously spoke of God’s ways as the remedy to the human condition. These same Christians spoke of God’s ways whether people felt a need for God or not. Eventually, the entire western world was saturated with the knowledge of God in Christ Jesus because these Christians unashamedly made Christ known. The result of their words accompanied by their deeds garnered them influence over their culture for hundreds of years.

The key motive in this work among the Christians was the desire to please God and not people. People will always be unhappy with Christians whose message warns them of judgement to come with eternal negative consequences. Just as a child often rebels against correction so the sinner struggles to want to become a saint. Nevertheless God commands His people to tell everyone of His willingness to pardon everyone who comes to Him for reconciliation.

The initiative for sharing Jesus with others must begin with the Christian whose desire is to please God.