Psalm 101.8 describes, each morning I will destroy all the wicked people in the land, and remove all 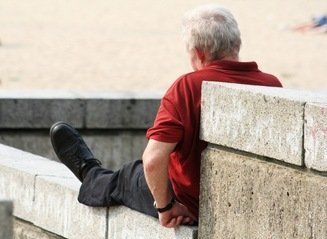 evildoers from the city of the LORD.

David was a man deeply committed to the ways of God. At least initially. His commitment was so serious that God described him, ‘as a man after His own heart.’ For God to consider a man like Him in desire, will and way is the greatest compliment anyone could receive. Yet, David imploded.

When David’s kingdom was firmly established: his enemies were dispersed, his home was secure and lavish, and he had accumulated much honor and prestige, David became lazy and lustful. The story begins by describing the timeline as, ‘when kings go to war.’ David however did not join the men but stayed in the fortress with the women.

Seeing a good friend’s wife bathing, he invited her over and slept with her. Impregnating her he was ‘forced’ to kill her husband so he could cover his misdeed by making her his wife. Thus king David, the man after God’s own heart, the man who was committed to removing all of the evil people from the land, failed.

David failed because the one evil person he didn’t remove was himself. All of us are evil. Few of us think we are evil because we create degrees of evil and place others in the lower ends and place ourselves at the higher ends.

God considers all disobedience evil for He is holy and those who are His must be holy as well. We are not too familiar with the definition of this word, holy. In part it means perfect in that which God is, does and desires. We are not holy.

The key to ending this life well in the eyes of God is to never see ourselves better than we really are in the eyes of God. This doesn’t mean having a negative view of ourselves by any means. We are adopted people of God. As children of God we have much to rejoice and celebrate.

It means never forgetting that to be adopted the True Blood Son had to die in order to purchase us for the Father. He Who really was, is and always has been holy, perfect and good was slain to buy those of us who are imperfect, unholy and evil. Remembering from whence we came and the cost paid to take us to where we are will help us immensely to stay humble.

This remembrance is best accomplished through daily Bible reading and praying. In addition, we would do well to leave the confines of our castle and regularly engage the work of God so that we stay dependent upon the provision of God for accomplishing the will of God on earth as it is in heaven.