Now Is Not The Time To Preach Justice

Lamentations 3.64-66 asks, pay them back what they deserve, Lord, for what 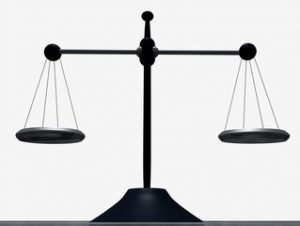 their hands have done. Put a veil over their hearts, and may Your curse be on them! Pursue them in anger and destroy them from under the heavens of the Lord.

Jeremiah watched his city and his nation become destroyed by the enemies of his people. His prayer to God was for God to bring justice against those enemies. We too have many today crying for justice. This often means punishing those who are deemed evil and making reparations to those who are claiming to have been wronged.

Justice, the ultimate sorting out of who has done evil so they may be properly punished, is best handled by God when He calls before Himself every person to weigh and measure them against His commands for how people were supposed to live on this earth. In the meantime, the Church should not be demanding justice from flawed men but instead proclaiming grace and mercy to evil men.

All people have violated the Lord’s commands, failing to do what He says perfectly and too often doing what He says not to do perfectly. Yet the Lord withholds justice from the nations instead choosing to give us time to repent that we might be pardoned for all of our rebellion against Him. The Lord gives us these days to receive His mercy, accept His willingness to be pardoned and live in right relationship with Him and others now in preparation for doing the same throughout eternity.

The church must live and preach forgiveness for injustice, grace and mercy to remove the guilt, the shame and the just consequence for all of our evil done toward God and one another. Certainly the church should do justice, we should do to others as we want done to us, we should love our neighbor as our self and we should obey all of God’s commands for these things identify us as pardoned children of God.

Now is not the time to preach justice, now all of us need mercy, grace and forgiveness of our sin. This must be our message if we are going to be reconciled to God and one another in this world. Justice will be fully, finally and perfectly applied by God to all men in the world to come, who have not received grace and mercy from Him through Jesus the Savior, in this world.