1 Chronicles 4:10 records he prayed to the God of Israel, “Oh, that You would wonderfully bless me and help me in my work; please be with me in all that I do, and keep me from all evil and disaster!” And God granted him his request. 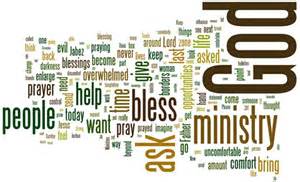 A few years ago a book was written about making this prayer a normal part of the Christian life because it affirms the notion that God wants us blessed and successful as long as He receives the glory. We have often been deceived with this idea that our success leads to God’s greater glory.

If He just gives us all that we want we will make sure to tell others about Him so they can get what they want too because God wants people to want Him and He wants to bless them.

Interestingly, when God lived among us and had His very best opportunity to demonstrate such a life He chose the very opposite of such a successful life. When God entered the world He did so as a bastard child born in an animal stall. As He grew He identified Himself as a man with no place to lay His head. When He died He did so not as a conquered king but as a criminal among thieves.

Jesus did a terrible job modeling the best life now, if that best life meant material, physical and social success.

So why did God give Jabez what he wanted? The text doesn’t say. Maybe during a spiritual drought in Israel God in His mercy decided to bless the only guy seeking Him even if what He sought was personal success.

Any one reading the prayer is struck by the selfish nature of it. Israel was promised earthly benefit for obedience, a benefit they rarely experienced because they were rarely obedient. Most of the Old Testament records Israel’s struggle as a nation due to the punishment they constantly received for their disobedience.

Most of the world looks at us and believes that is exactly what God is doing. We have little to fear from our neighbor and we go to bed at night warm and well fed.

God is not Santa Claus. Jesus, God in human skin, modeled a life of absolute surrender and submission to the Father’s will for the benefit of everyone else.

He commanded us to follow Him, to live as He lived, if we want to be His disciple.

Our prayer needs to be, ‘help me to die to myself and place others first O, Lord. Remove from me a selfish nature and instead make me a humble servant of Yours for Your glory and the benefit of others.’