Hebrews 11.2 observes, for by it the people of old received God’s commendation. 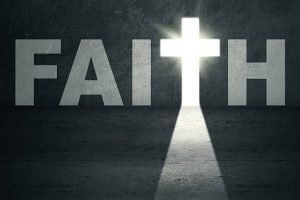 The ‘it’ in this sentence is faith. There is a faith that God commends. In Part I we began to explore the faith that God rewards as we looked at the lives of the hero’s of the faith listed in Hebrews 11. Picking up where we left off:

Fourth, Abraham’s faith made him obey unquestioningly (11.8). The faith God finds great is the faith that obeys without understanding ‘why.’ Children seldom obey quickly until they have asked and you have sufficiently answered their ‘why’ question. We too struggle to comply without understanding the reason for the command. God told Abraham to go to a place He would reveal upon arrival. This kind of faith is possible when the focus is on the character of God and not the task being demanded.

Fifth, Sarah’s faith caused her to obey the impossible (11.11). Most people are willing to obey God to the point that it seems possible and within their scope of resources. Faith that depends upon our own abilities is not faith but works. Faith by definition requires believing, acting and living outside our own capacity for it to be genuine and dependent upon God. Like Sarah, the 90 year old woman who needed a miracle to become pregnant, faith that obeys God though it seem outside our own possibilities, is a faith that experiences the power and presence of God.

Sixth, Abraham’s faith allowed him to pass God’s test (11.17). God never tempts us to do evil but He might test us to do good. Jesus was tempted by the devil but He was tested in the garden by the magnanimity of the challenge awaiting Him. Abraham had to choose between God and his son and He choose God because He knew God could raise his son from the dead if necessary.  Life is hard with many trials. In all things, faith stands firm upon the rock of Christ’s promise of eternal life in Him to weather whatever storms assail us.

Seventh, Isaac’s faith caused him to share the promise he had yet to receive (11.20). Faith retains the hope of the promise of God even if it is not realized in this lifetime. So far, all Christians have died without receiving the fulfillment of their faith. The promise of God in Jesus the Savior is to live forever with His people on a new earth where we all live eternally without dying, without evil, without sickness and without suffering.

Many, many Christians have left this world in the middle of suffering and pain believing in Him Who was raised Jesus from the dead and promises to one day put an end to death. Parents who have commendable faith share the hope of their salvation with their children knowing they might not see the fulfillment of their faith in the near future. God entrusts the message of the hope of eternal life to those who have faith in Him in this life.

To be continued in part III.