Who Desires to be Great?

Matthew 20.23 says, I have no right to say who will sit on My right or My left. My Father has prepared 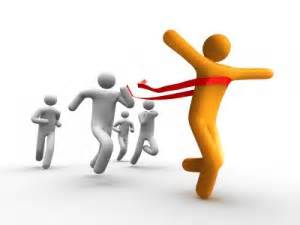 those places for the ones He has chosen.

Men want to be great, and recognized as such, for as long as possible. Imagine being the number two or three person in an eternal kingdom.

Forever recognition of personal greatness. Its sort of what we have in a hall of fame except we can enjoy the recognition without ever dying!

When it comes to living forever with God we tend to dismiss the notion of achievement, recognition and reward. This is why so many do so little for God now choosing instead to focus on career, hobbies, and sports to achieve greatness in this lifetime.

After all of humanity is done existing on this earth then God raises all people from the dead to judge and reward each person according to their deeds. Those who make the first cut and are separated to live with God forever because of their faith in Jesus as Savior are then rewarded and assigned their responsibilities based upon their faithfulness to the work and will of God while they were on earth to do it.

From all humanity from all time one person will be second to God and another person third. Who will that be? Do we have any desire to be that person? While we don’t know who they are most would probably also pass on trying to become one of the two most exalted people in the coming kingdom.

What would it take though to even get into the running? No doubt it would take the ultimate sacrifice of self.

This sacrifice would not be suicide like the Muslim trying to earn heaven and seven perpetual virgins by murdering infidels along with himself. The Christian martyr lays down his own life for others and the cause of Christ. The Christian martyr takes the hit so that others may live, he doesn’t take others out with him.

Sacrificing our lives though doesn’t always have to mean the shedding of our blood. It can also mean not doing the work we could do in order to do the work that pays eternal rewards. It can also mean staying in and serving relationships that are immensely difficult in order to honor God and turn our antagonist to faith in Christ after years of suffering. It can also mean abhorring the world’s goods and standards in order to give away everything for the welfare of others so that others may be comforted enough to listen to the hope that is in Jesus the Savior.

Those who are chosen by God to live in His eternal kingdom will no doubt be surprised by those chosen to be the number two and three people in His kingdom but wouldn’t it be grand to be recognized with them in the line of possibilities for such an honor?