Why Does Christianity Receive all the Hate? 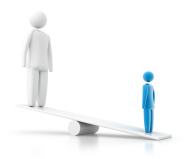 Christianity has a long history of being maligned and despised. It actually began under such dubious marketing. What is the problem with Christianity? Why is it the religion to hate?

When compared to Islam and Hinduism, Christianity should be heralded as the only religion espousing women’s equality, intolerance for racism, and love for those who practice sexual perversion. Yet most people think Christianity represents the very opposite on these issues.

Its obvious to everyone that Islam doesn’t treat women equal to men. There is no male burqa! Christianity alone, on it’s very first page, states that men and women are created in the image of God. Equal value, equal worth is the Christian view of men and women.

Hinduism practices a caste system which separates people by race, income, region and history. Christianity is the only religion to oppose slavery in the world because its sacred writings teach all people came from one parental union and in Christ there is no race unequivoalence.

Finally, Islam claims to have no homosexuals in the countries where its law rules the land because it is against their law and such practitioners are executed. Christianity echoes God’s refrain to a woman caught in adultery to all who practice sexual acts outside of marriage, ‘neither do I condemn you but go and sin no more.’

Christianity is the only religion to teach God is love, that He came not to condemn the world but to save the world because He loves the world. So why the hate? Islam and its barbarism receive a pass. Hinduism and its discrimination is ignored.

Christianity is despised because its true. The other religions are made by men to control people. Christianity is God’s religion to restore humanity to Himself.

Christianity is maligned because to obey it is to admit that God is God and that we are in need of Him for restoring our souls and our relationships, first with Him and then with one another. Other religions let us try and work our way to heaven and allow us to continue to hate, kill and mistreat certain groups of people we dislike.

This is the rub. We want a religion that acknowledges what we really think and feel: we will be god, we will do as we please and we will treat others as we deem appropriate. This religion is accepted because it is the one practiced by nearly everyone.

The one true religion, the one focused on the One True God, requires we deny ourselves, die to self, and follow Him.