A Tale of Three Worlds 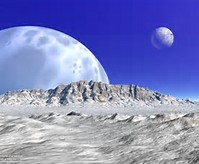 The earth is the Lord’s and all it contains, it just doesn’t recognize this reality.

The Christian story is a story of three worlds.

The first world was the one God created originally. He made all living things and placed them together under the jurisdiction of those He created in His image. These images, man and woman, lived in perfect communion and harmony with God and all other living things. This is the world God intended for us to always occupy but humanity had other ideas.

We were not satisfied being like God, we wanted to be god and so we rebelled. Since we are not God we were powerless to stop Him from removing us from His paradise. Neither are we capable of returning the world to this pristine state no matter how hard we try. This world did not last long.

The second world is the world we know now. This world God invaded but we did not recognize Him. While He did much good while living among us we killed Him for His ideas were too radical, they weren’t sufficient for elevating the elite among us and they took people’s attention away from themselves and back upon God.

While daily many people cry out to God in this world God moves among us mostly through His people who respond to Him. This is a slow more difficult way requiring us to have great faith in Him for both the doing and receiving the works of God. It is our beliefs and actions done in this world that will determine our residency in the next world.

The final world is like the first world; God will restore Himself as King of kings and Lord of lords living among His created beings again. In this world those who loved Him in the second world will live forever with Him and will enjoy eternal life in relationship with God and others who also loved God in the second world.

Those who refused to love God as demonstrated by their obedience to God will live but not on the good world but a separate world of eternal torment and suffering. All of those who wanted nothing to do with God in the second world will receive their wish in this world but it will be a bitter decision.

The good news is that God desires for us to live with Him forever in the next world but we have to make that decision now, while we live in this world.